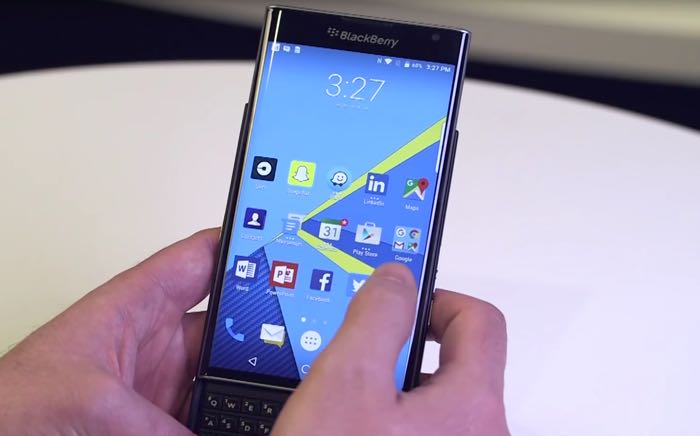 If you’re in possession of the Android powered BlackBerry Priv tied to AT&T, there’s some good news for you.

The carrier has started rolling out the latest Android 6.0 Marshmallow for the BlackBerry Priv, weighing at a whopping 1.4GB.

The update is rolling out as we speak, and should reach all devices in the coming days. Alternatively, you can manually check for the update by going to Settings, but make sure you’re connected to a WiFi network as the update is pretty big.

As for the changes, the latest update comes with a handful of goodies, including the enhanced battery saving feature Doze which puts the phone is standby state when not in use. Apart for the usual improvements and features offered by Android Marshmallow, the new update brings some BlackBerry specific features as well. The update brings several privacy and security enhancements, improved notifications, better BlackBerry keyboard, and several other improvements.

Let us know if you’ve already updated your BlackBerry Priv to the latest Android 6.0 Marshmallow using the comments below.