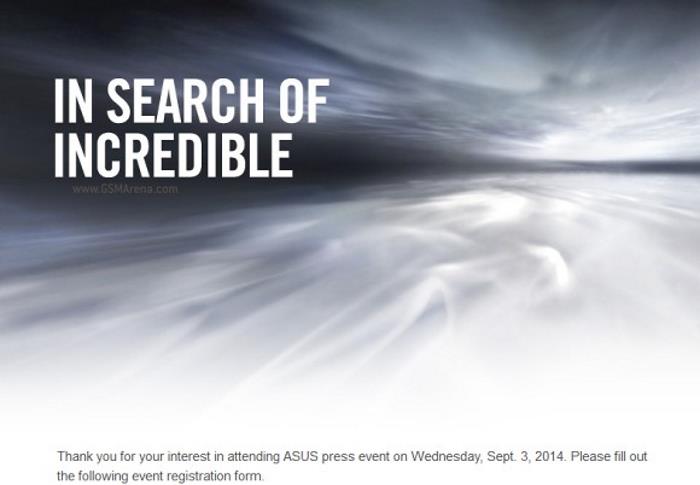 IFA 2014 is going to be a big event. Many OEMS are expected to release their flagship devices at the event. Samsung is expected to launch the Galaxy Note 4 at their unpacked event, while Sony will launch its Xperia Z3.

It’s a big event, and ASUS don’t want to be left out. Recently, the company sent out press invites for their IFA 2014 event which will take place on September 3rd.

The invite says “In Search of Incredible,” but it didn’t drop any hints of what Asus will unveil at the mega event. There are a lot of possibilities since the company has already launched a bunch of new handsets and tablets this year alone — to be exact, ASUS has launched eight phones and seven tablets in the past few months.

And, more devices could be on the way at IFA 2014 next month. Even last year, the company launched a bunch of impressive devices carrying a decent price tag, and this year, we could expect more from the Taiwanese OEM. The first half of September is going to be action packed as it’s not just the IFA 2014, Apple is also rumored to hold an event on September 9th where the company is expected to unveil the upcoming iPhone 6.

Stay tuned, we’ll bring you all the happening from IFA 2014.