Ubisoft is taking full advantage of Assassin’s Creed alternate history bent by adding a new one. In the new Assassin’s Creed 3 DLC Tyranny Of King, the player goes up against newly minted monarch George Washington using super powers gained from drinking tea. All of this will apparently be addressed in the game’s narrative and will end up making some sort of sense. 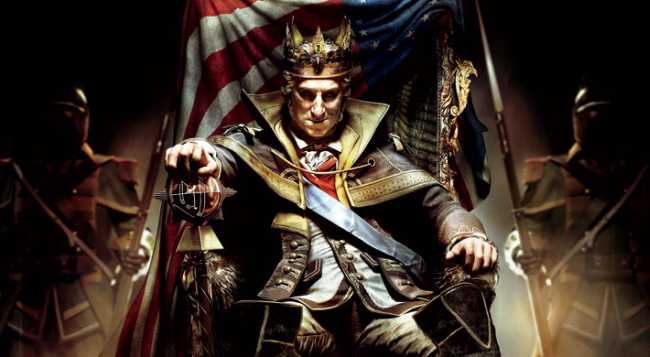 “It’s a super important question for fans,”  Ubisoft’s Marc-Alexis Côté said about the game’s continuity.“The first episode starts with a 15-20 second video that’s all garbled, but you can un-garble that if you collect all the memory artefacts. It’s actually a two-minute video – we just took images from it for the garbled montage.”

This is also a great way to bring back dead characters from the main game, within Assassin’s Creed 3 DLC Tyranny Of King.

“Right from the start, Connor is questioning that things aren’t right. He’s asking ‘Why is my mother alive? You understand that this is all related to Connor but you don’t know how or why it is canon. But, by the end, you will understand – and it’s a great, clear-cut end to the story.”