The color scheme doesn’t help matters either. Walking around with this clever device (home made, mind you) might cause people to think you’re packing a dirty bomb. Uh oh. 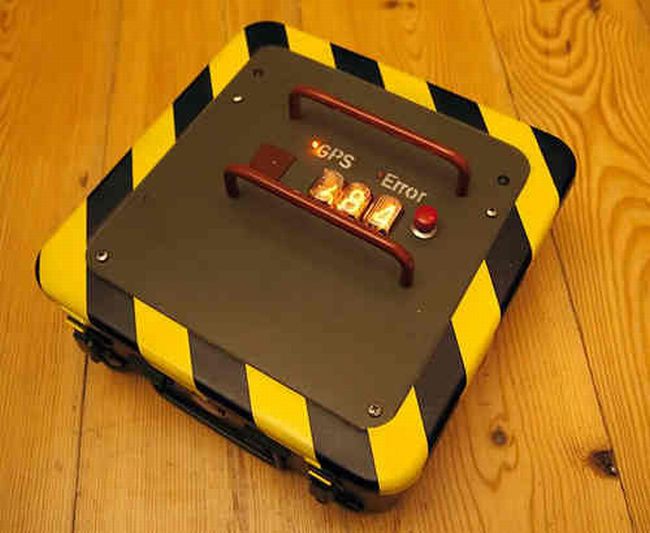 But put those terrorist misgivings aside, boys and girls. The pic above isn’t anything remotely dangerous. It’s actually quite an impressive DIY project by RickP—a username over at the Arduino message board who divulged details of his latest build.

Apparently he’s been hard at work on this bay for the past month. Thanks to a few purchases at Ebay, an unused French Army medical box, and lots of ingenuity, he was able to build a reverse Geocache.

What does it do? The GPS LED light blinks until it gets a fix on a location, which then unlocks the briefcase.

The on-off switch is built with a latch relay, so it’s really off when not operating.

The box contains 4 D Cells because the tube draw a lot of power.

When someone has opened the box he’ll find instructions inside on how to reprogram it via usb and a serial console. I made a special serial dialog to enter new coordinates.”