China Labor Watch, a New York-based organization, is accusing an Apple supplier based in China of forcing employees to work in excess of 60 hours a week, which is a violation of Apple’s 60-hour workweek limit.

The factory is currently working on creating new plastic covers for a less expensive iPhone that’s about to be released. It’s owned by Jabil Circuit, an American electronics manufacturing company. 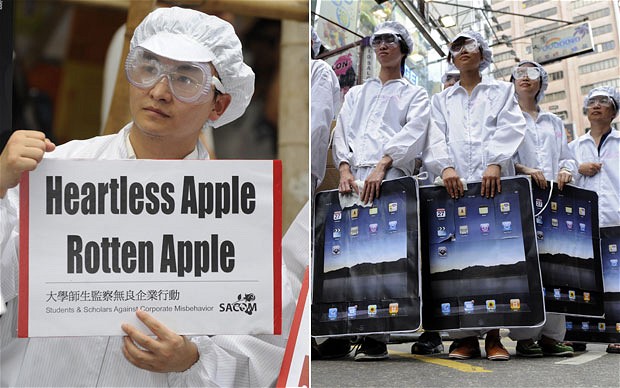 China Labor Watch is saying that employees at the factory are being forced to stand for 11+ hours a day and that new employees are forced to sign contracts that state overtime is considered voluntary. Jabil said it was surprised by these allegations and sending a team to investigate, while Apple publicly stated that ending excessive overtime is one of its top priorities.

These things happen all the time. The only reason this is news is because Apple is involved, but they have no real control over how Jabil treats its employees. So even if worst comes to worst, Apple is in the clear and doesn’t really have anything to do with the claim.

I think the real story is that Apple uses Chinese labor instead of employing Americans. What do you think?