Recently, Apple announced its updated iMacs with updated graphics, next generation WiFi, faster processors and improved flash storage. Now, it seems the Cupertino Company silently increased the Mac Mini prices in various countries. The reason is still unknown, but it could be due to currency fluctuations. 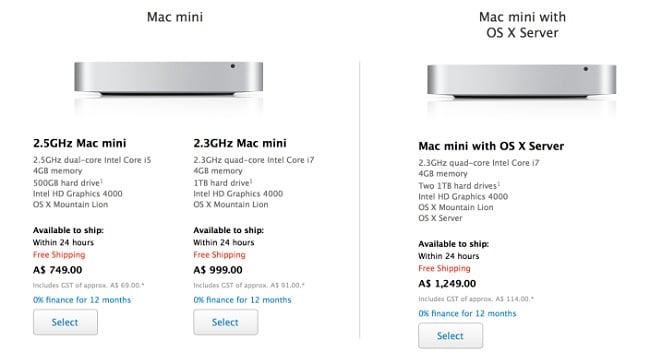 According to 9to5Mac, the price increase has been spotted in several countries including Australia, Brazil and Malaysia. In Australia, the two versions of Mac Mini were priced at A$699 and A$899 for the standard versions, which are now increased to A$749 and A$999, respectively. The price of Mac Mini with OS X server also rose from A$1,099 to A$1,249.

It is also reported that the prices have also been increased in Brazil, Portugal and Malaysia. Mac Mini is also due for an upgrade, but there is no confirmed news if we’ll see new Mac Minis anytime soon.

Did you notice any price increase for Mac Mini in your region? Feel free to share with us in the comments below.