Animal Crossing’s Mr. Resetti is something of an Animal crossing institution. Despite annoyingly blasting ever larger dollops of text at the player when the game is reset without saving, he’s as much a part of Animal Crossing as Tom Nook’s enforced loans or a turnip market crash. However, making little girls cry seemingly turned him into a liability Nintendo can no longer ignore. As Mayor, the player will be able to build a Reset Surveillance Centre if they want the character in their game. 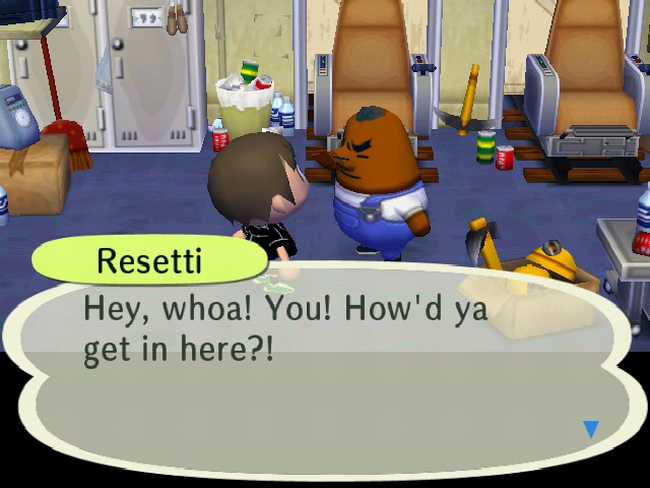 “We really weren’t sure about Mr. Resetti, as he really divides people. Some people love him, of course, but there are others who don’t like being shouted at in his rough accent,” a Nintendo dev said in an interview with Nintendo CEO Satoru Iwata, who replied that it seemed like “younger female players, in particular, are scared. Ive heard that some of them have even cried.”