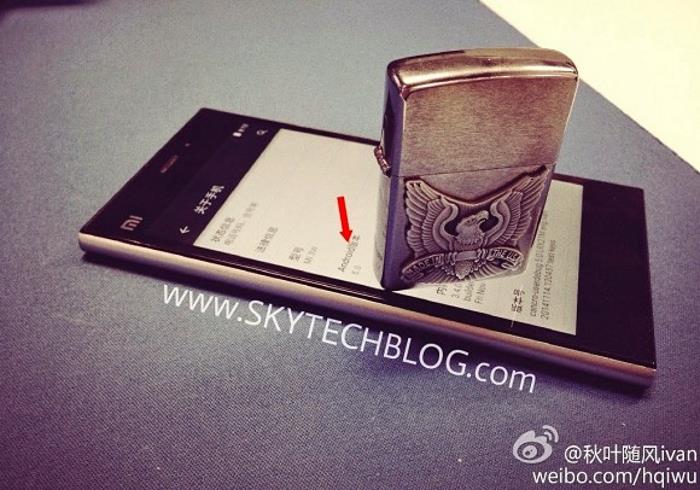 Xiaomi is slowly becoming a very popular brand globally, mostly due to its flash sales in several regions. The company also managed to gain the third largest smarphone vendor position.

The company’s handsets are a steal as they offer high-end specifications at an affordable price tag, but the same cannot be said about the updates. However, it seems the company is trying to work that out as well. Recently an image popped up on Weibo which shows the Xiaomi Mi3’s about screen, and under the Android version field, it mentions the handset is running Android 5.0 Lollipop.

The Weibo post suggest it’s the WCDMA version of the handset which is currently on sale outside Chinese shores. However, there’s no official word from Xiaomi about the release, but it could be under testing.

There’s no word about the time frame when Xiaomi Mi3 users will be able to get the sweet taste of Android 5.0 Lollipop, but as it’s being tested, the update may roll out very soon. Stay tuned, we’ll update you as soon as the update starts rolling out for the handset.