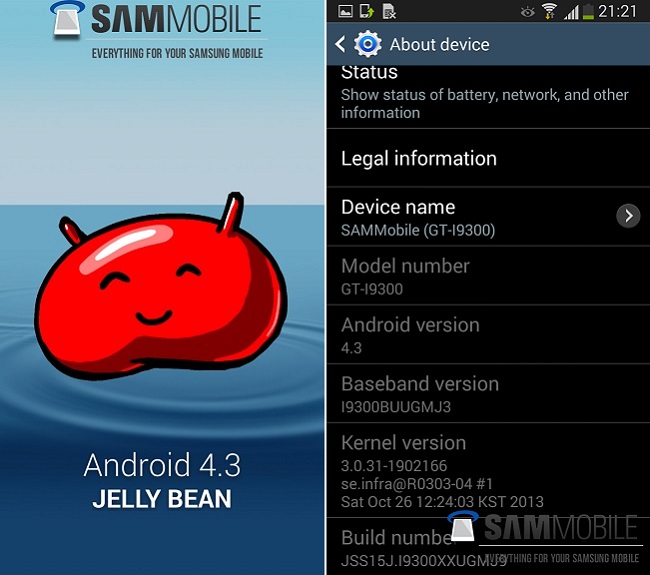 The folks at SamMobile managed to get hold of the test build for Samsung Galaxy SIII GT-I9300 model. The latest build appears to be stable and brings several new features including an improved user interface like Galaxy S4 and Galaxy Note II, a revamped settings interface with tabs and much more. Additionally, Samsung has not implemented KNOX in this update, but let’s hope Samsung will introduce it in the final build.

Before you decide to flash the new Android 4.3 test build, make sure you create a backup of your handset as it’s going to wipe you device. This is not an official build from Samsung so it may contain bugs, and the Korean OEM might introduce or remove features from the current build. This might be a good sign that the update for the international variant of Galaxy SIII is coming very soon.

If you’re not experienced when its to flashing new firmware, we recommend that you should wait for the official Android 4.3 update from Samsung otherwise click on the source link and download the test Android 4.3 build for Galaxy SIII.