It has been almost a week since Google released Android 4.3 for Nexus devices, with the promise of releasing the update for Google Edition Galaxy S4 and HTC One. It appears as the search engine giant kept its promise, and the proud HTC One and Galaxy S4 GPE owners can finally get the taste of Android 4.3 Jelly Bean. Android 4.3 update is being pushed over-the-air (OTA) and users will soon get a notification message about the update anytime now. 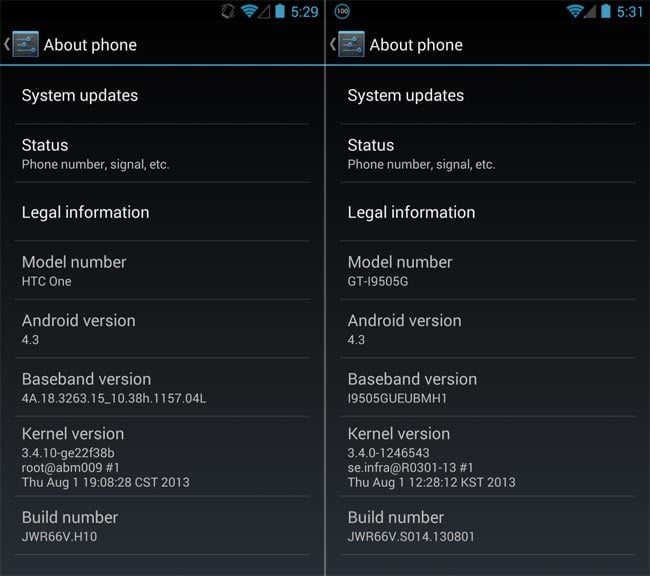 The update is sized at 150MB for Galaxy S4 and 180MB for HTC One. Some of the most notable changes include bigger icon sizes on the widget panels on both devices. Other than that, Infrared is now working on HTC One Google Play Edition along with Bluetooth-based internet tethering for Galaxy S4.

This is one of the reason I prefer Google edition phones over subsidized, cheaper carrier versions. They may cost you a little higher at the time of purchase but you can rest assured that you will not have to wait for the updates. It will be available via OTA as soon as its released.  One of the main reasons is that it does not require any carrier testing, as when the update is released, every carrier adds its own branding and applications (e.g TouchWiz for Samsung, etc.) which might take some time. This is why the update hit the Google phones earlier than any other device.

Did you upgrade to Android 4.3? If you notice any new feature, share it with us in the comments below.