This guy named Bill Brown just rendered a hundred cute camera illustrations using Adobe Illustrator. Viewing the gallery on the website he set up should be a blast for cam enthusiasts (hey, that rhymed!). Bill Brown doesn’t mind random people actually toying with his work so long as he’s given credit. While his motivations are unclear, Bill set out to visually chronicle several species of camera together with their attachments. It’s a fun display worth a few moment’s perusal. 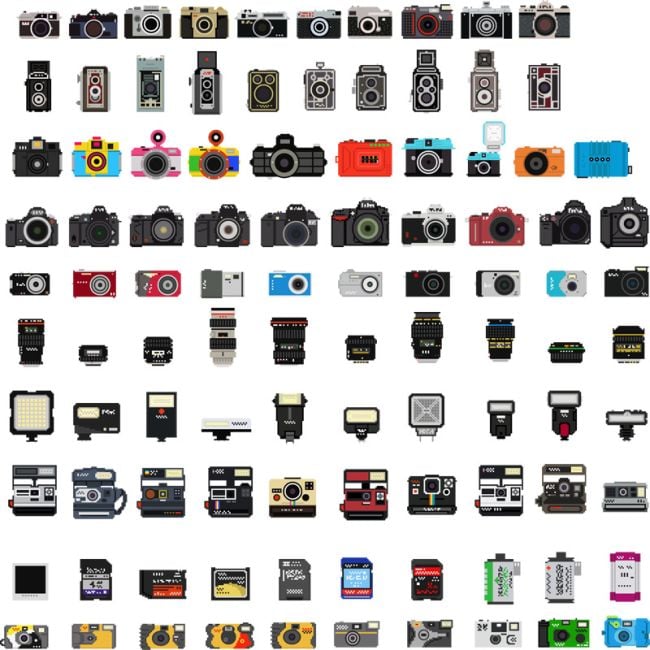 Bill should be lauded for the effort he put into rendering each camera. Sure, it’s cartoonish, but look at the variety!

We’re no camera experts, but it’d be cool if someone can name a few of the models depicted in the picture above. (Just post ’em on the comments section down south!)

Don’ forget to check out his official site for the authentic good stuff. If any of the illustrations compels you to use them, why, go right ahead and simply credit Bill Brown after you’ve messed around with ’em.