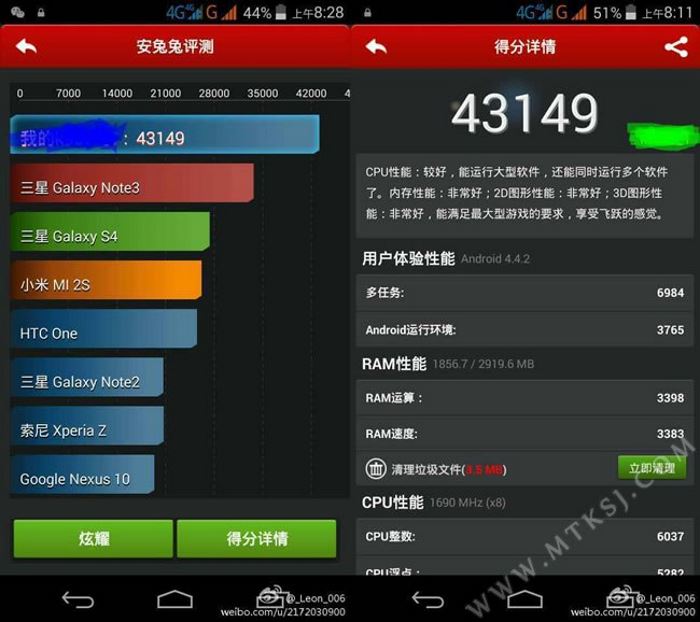 The surprising bit is that the handset in question is powered by an octa-core Mediatek MT6595 clocked at 1.7GHz, with support for ARM’s big.LITTLE architecture.

Although there aren’t many devices which have crossed 40,000 mark on the AnTuTu benchmarks, even the ones powered by the Snapdragon 801 SoC. The latest flagships from Samsung, HTC or LG didn’t manage to cross the 40,000 mark.

Nothing much is known about this mysterious handset, except that it runs Android 4.4.2 Kitkat as its operating system, and boasts 3GB of RAM. In addition, the device also comes with support for 4G LTE connectivity, and supports dual-SIM as well.

This could bring some fierce competition in the smartphone market. MediaTek is fairly popular among Chinese OEMs, so it could be one of the manufacturers from popular Chinese manufacturers like Xiaomi or Meizu. There are a lot of handsets that we can guess, but to think realistically, it’s a difficult task to do. It could be a handset by Xiaomi, the Xiaomi Mi3S, or it could be the Meizu MX4, but it’s just speculation.

We’ll update you as soon as we get more information about this mysterious device.