ZTE has this week added a new addition to their range of projectors, in the form of the newly announced ZTE Android Projector Hotspot, which as the name suggests offers both a projector and hotspot.

The ZTE Android projector hotspot is capable of connecting up to 8 devices at once and providing them with LTE connectivity as well as offering viewing at 1080p. 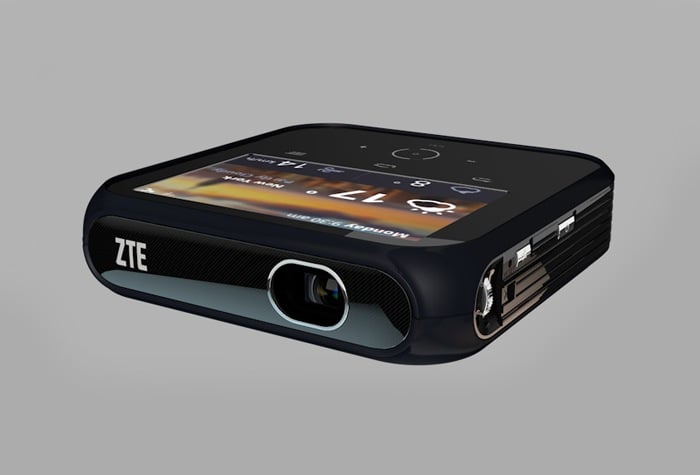 ZTE has loaded the new device with Android 4.2 as its operating system and equipped the device with a small 4 inch touchscreen display on the top allowing easy access to navigate its features and modes. ZTE explained in their press release:

“This device is great for streaming and sharing visual content whether you’re in the office, at home (inside or outside) or in the classroom. With its compact size, the unit can provide 4G access for up to eight clients simultaneously.”

Unfortunately ZTE has not unveiled which carriers their new ZTE Android projector hotspot will be supporting, but it’s thought the device will launch in the US sometime during this year.

As more information and specifications become available for the new ZTE Android projector hotspot we will keep you updated as always.