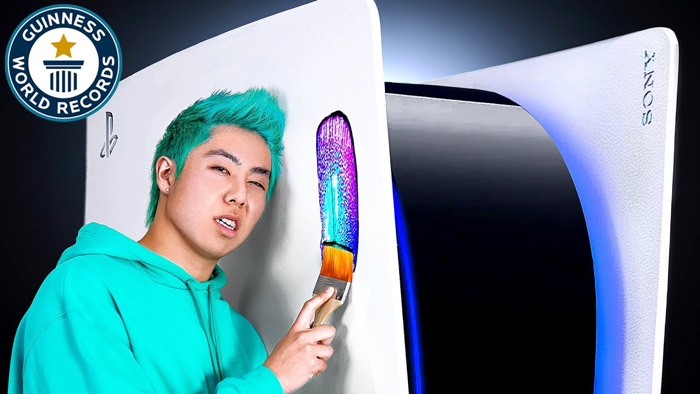 If you thought that the Sony PS5 was huge, you haven’t seen anything yet. YouTuber ZHC has revealed what can only be described as the world’s largest PS5. This unit is said to be 100 times larger than the actual console itself and it actually works.

So it isn’t just for show as the console actually functions and is playable with a gigantic DualSense controller, which looks incredibly fun, but also hilarious at the same time. It is estimated that the giant PS5 cost about $70,000, which is 140 times more expensive than the regular PS5.

ZHC also launched a competition where teams would customize either side of the console by painting it. ZHC said that if his team won, they would all get a PS5 and he would also donate PS5 consoles to charity. He also stated that if he lost, he would be giving away this massive beast, assuming anyone has room for it in their home anyway.

It’s a pretty fun idea and if charities end up benefitting from this, all the better we say. I wonder if someone will now try to make a bigger one and if they do where will it end? That could be fun to see.