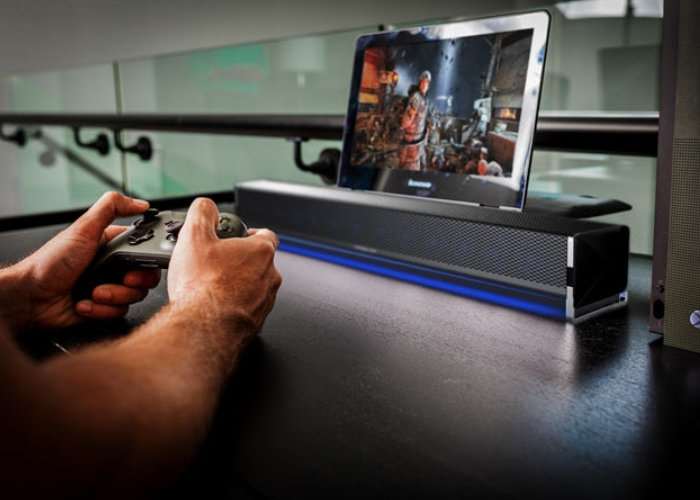 Audio hardware manufacturer Comhear based in San Diego, California has unveiled a new 3D audio system which the company says is the most advanced in the world and takes the form of the YARRA 3DX.

YARRA 3DXHas been designed to provide the first affordable, immersive 3D audio sound projector which can be used for a variety of different applications such as gaming, virtual reality, augmented reality, music, home theatre setups and even conferencing.

Watch the video below to learn more about the YARRA 3DX 3D audio system which has already raised over $300,000 thanks to over Kickstarter 800 backers.

YARRA 3DX is the world’s first 3D audio reproduction system that delivers the same immersive entertainment experience as multiple speaker home theaters and 3D audio headphones. This small “smart” sound bar makes you believe you’re sitting in a high-end theater by delivering discrete left and right “beams” of binaural 3D audio to up to three individual locations. The result is an immersive listening experience that has to be heard to be believed! YARRA 3DX has settings to match your individual ears, providing a personalized sound field that perfectly recreates everyday auditory experiences.

Jump over to the official Kickstarter campaign page via the link below for more specifications and full list of all available pledges.