With the announcement from Microsoft that their new next generation games console, the Xbox One will be officially launching in November. Microsoft has today detailed on the Major Nelson website the changes that will be coming to its Xbox Achievements.

There are now two types of Xbox One Achievements: achievements and challenges. Microsoft explains that an achievement is a goal or activity you must accomplish and a reward that you receive upon completion, and allows you to unlock an achievement at any time. 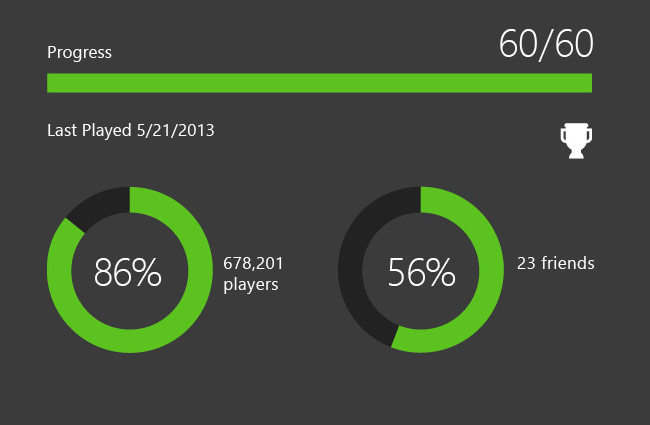 An Xbox One challenge, on the other hand, is more like an opportunity and also comprised of a goal and a reward, however challenges are time-based and will expire. Achievements and challenges are both officially considered Xbox Live Achievements, so they inherit many of the same benefits:

– You can unlock them and win their rewards;
– Once unlocked, they are saved to your achievement history;
– They each have an icon to visualize the cool thing you did;
– They often are associated with a Game DVR capture to show your friends that you are better than they are
– Developers can release more of them after the game’s initial release (more on that in a bit).

“Challenges are time based. As just noted, challenges are only available for a certain period of time. Only your activity during that timeframe will count toward unlocking the challenge. Achievements do not expire, so you can unlock them at your leisure.

Challenges do not give out Gamerscore. We want everyone to have the same shot at increasing their Gamerscore to its highest potential. Since challenges are intentionally temporary (an opportunity) and achievements never expire (a promise), only achievements may offer Gamerscore as a reward.

Challenges can be unlocked by the community. Community challenges are typically goals that exceed what a lone player can accomplish in the given period of time. Imagine, for example, a game releases a headshot weekend challenge that requires players to cumulatively headshot 1 million baddies in a 3 day period. And every person who participates and meets the challenge’s goals gets the unlock on his or her achievement history and reaps its reward.”