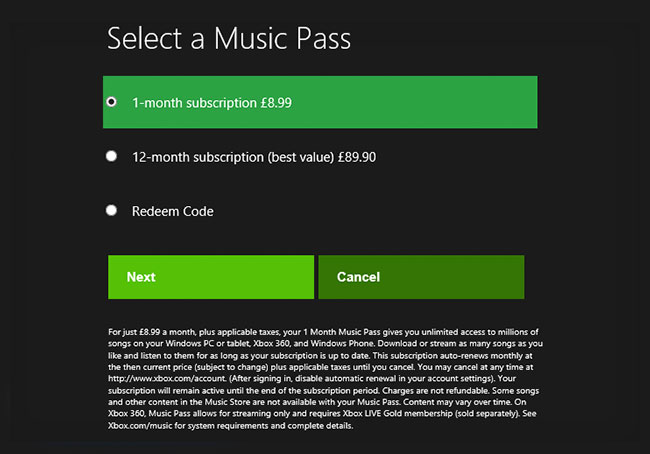 The US pricing is expected to mirror the UK prices which are currently the same as Zune Pass pricing, however to use the Xbox Music service you will also require an Xbox Live Gold subscription.

Other details disclosed on the NeoGaf website explained that the Xbox Music Pass service will also offer a free advert-supported package for users in addition to the paid subscription package. There are also details of a “single tier dual subscription service” which could indicate that a unified music and video packaged will shortly be available to Xbox 360 gamers.