Ben Heck has been been busy again in his workshop and has created a fantastic automatic disk changer for the Xbox 360 that will hold up to 100 games and allow you to stay seated while you change your Xbox 360 game.

Heck has taken a multi-disc CD player and modified it to now allow Xbox 360 game to be played, the project in nearly finished and most of the wiring and programming are done. But Heck would like a user on his site to win the creation and finish it as they see fit. Watch the video after the jump to see how the new device in its current state performs. 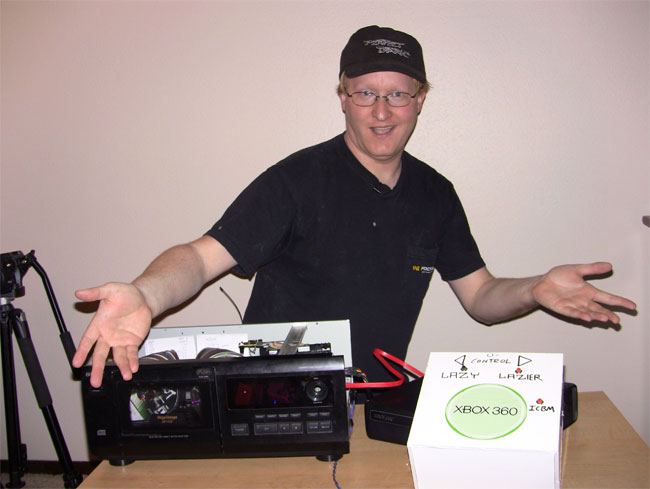 If you fancy winning the 100 disk auto changer for your Xbox 360 head over to the Ben Heck website Element 14 to enter in the prize draw.