If you used to enjoy laser tag style games, you might be interested in these new iOS Xappr and Micro-Xappr guns developed by MetalCompass, which have been designed to bring augmented reality first person shooter style games to Apple’s iPhone smartphones.

The Xappr and Micro-Xappr Guns will be on show at the international toy fair in Nuremberg, Germany this week, and will be available with a number of single player shooter style games at launch, that will allow you to stop alien invasions and zombie hordes. 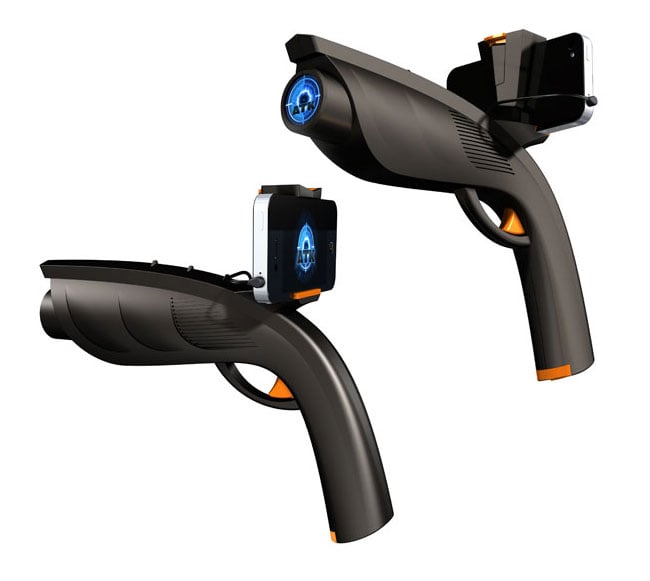 In the spring, MetalCompass will release their ATK game, that will enable player-to-player combat with the Xappr and Micro-Xappr guns, with deathmatch, team mode, and last man standing. Allowing gamers to use guns, rifles, grenade launchers, and pulse weapons in matches.

The single player Xappr gun is now available to pre-order for $30 with shipping currently only available in the US, Canada, EU and Israel. Pre-orders will be supplied by June 2012.