Supertoy Robotics have this month launched a new project on Kickstarter which offers backers the ability to pledge for the world’s first natural talking teddy bear, called Supertoy Teddy.

The Supertoy Teddy has been designed to have a mind of its own and the ability to hold real conversations with those who speak to it. Check out the videos after the jump to see the Supertoy Teddy in action. 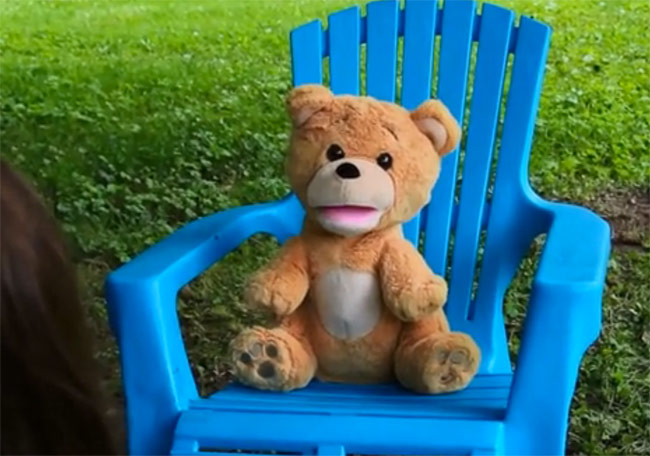 The software in the Supertoy Teddy has been designed to mimic human emotion and speech generation, using a smartphone as its brain. Enabling the Teddy to interact and react to what you say. Its creators explain:

“Supertoy Teddy is for all ages, but we believe that childhood is a very precious time in life, and want to help keep it that way. Supertoy Teddy has the potential to act as a child’s first introduction to the world beyond their home.

For parents worried that their child may be exposed to unsuitable visual material on the internet, Supertoy is the safe and child-friendly way to access the educational potential the internet has to offer. “