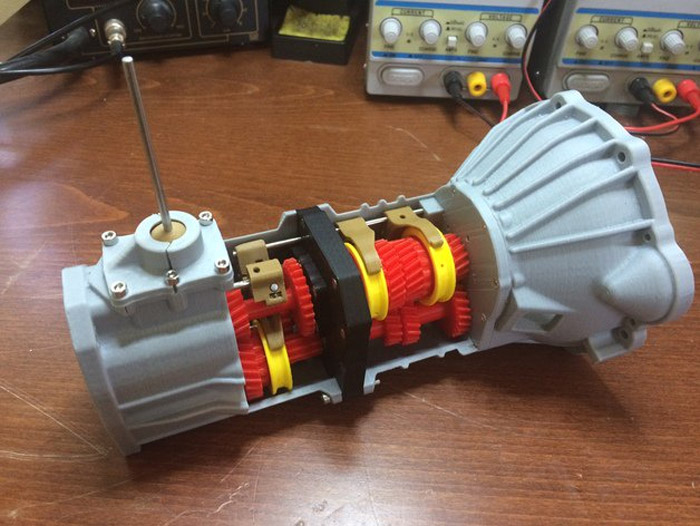 Back in January, a mechanical engineer named Eric Harrell from California 3D printed something very cool. What he made using his 3D printer was a working replica of a Toyota 22RE 4-cylinder engine. Now he has made another Toyota drivetrain component to go along with that engine, and this time it’s a working 3D printed transmission.

Some rods, nuts, bolts, and bearings are made from metal. Harrell says that if you can build his engine and transmission, you can probably build the real things because his parts are based on the real things. You can download all the files you need to print your own transmission from Thingiverse. Harrell will even answer questions if you get stuck. He does note that you may have to tweak the parts to fit depending on the 3D printer you use.