Feast your eyes on this awesome Wipeout Quantum superconductor race track which allows you to rack two hover cars using dial controls. Which has suspiciously been created by the Japan Advanced Institute of Science and Technology.

Unfortunately the video and track are just a viral video, thought to be advertising the next Wipeout game Wipeout 2048, the upcoming racing game for the PlayStation Vita. But we can still dream. The Wipeout Quantum superconductor race track definitely beats your standard Scalextric track. 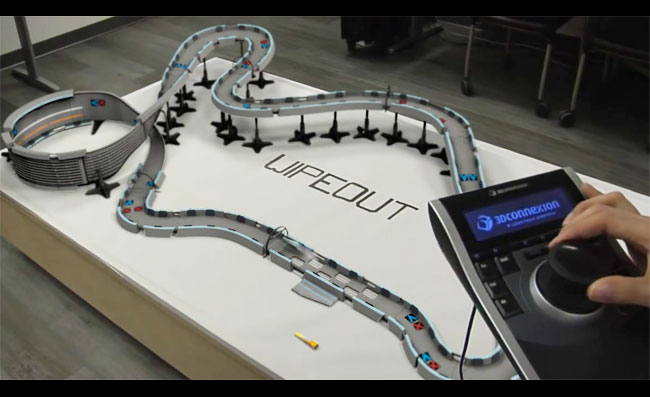 Wipeout 2048 is set in the near future, and relative to previous games, takes place much earlier in the Wipeout timeline, as the new sport of anti-gravity racing is beginning to emerge. As such, dedicated racing tracks are yet to be built, and so races take place in city streets.