New statistics published by Net Applications revealing the current market share of operating systems in the first half of 2013 shows that Microsoft’s latest Windows 8 operating system has now moved to a 5.10 percent share of the market.

Net Applications data collection is captured from 160 million unique visitors each month by monitoring around 40,000 websites for its clients. 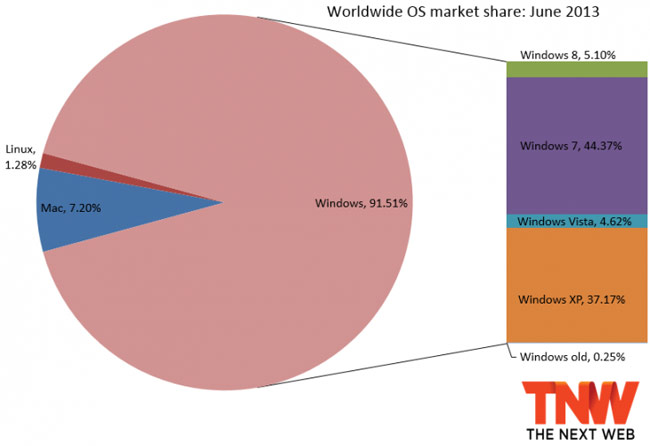 During the last months of 2012 Microsoft was able to increase its Windows operating systems market share thanks to the launch of its new OS. However in 2013 Microsoft’s Windows operating systems have lost market share every month except in March, allowing OS X and Linux to make gains of 0.13 percentage points (to 7.20 percent) and 0.02 percentage points (to 1.28 percent), respectively.