It has been revealed by descriptions on retailers websites such as Amazon and GameStop, that Nintendo’s Wii U Pro controller is capable of last up to 80 hours on a single charge.

When you compare the 80 hours of usage from the new Wii U Pro controller, with that of the Xbox 360’s controller that only last 25-30 hours on a single charge, and even the Wii U’s GamePad controller that just offers 5 hours of use, you can appreciate how much extra juice Nintendo have been able to squeeze to of their controller. 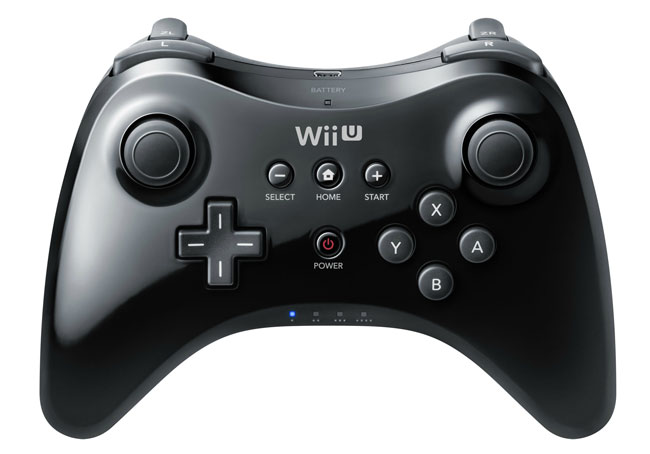 “Your games, your way,”-“However you think of your gaming style – hardcore, old school, or purely nostalgic – the Wii U Pro Controller puts you in the game. Designed for accessibility and extended gameplay comfort, the Wii U Pro Controller features the dual analogue sticks and ergonomic button layout that you’ve come to expect, as well as a rechargeable battery that can last up to 80 hours on a single charge.”

Nintendo will be including a Wii U Pro Controller with its Wii U ZombiU Premium pack landing in stores on November 30th 2012, and is also available to purchase separately for $37.99.