Now the guys over at consumer reports have been compairing the white iPhone 4 to the original iPhone 4 and have conducted some measurements, which show on the iPhone’s that they tested, that they measure the same size. 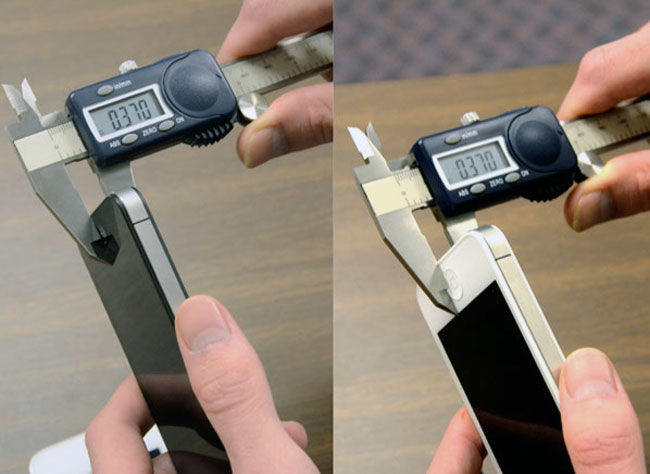 But when we compared a white iPhone 4 with a black iPhone 4 in our Yonkers, NY, lab using high-quality calipers, we found they were both the same thickness (0.37 inches).

Considering that we have already seen a photo which shows a white iPhone 4, which looks slightly thicker than the original, we are starting to wonder if some of the models which have come off the production line are slightly thicker, and some are the exact same size, which could be one possible explanation.