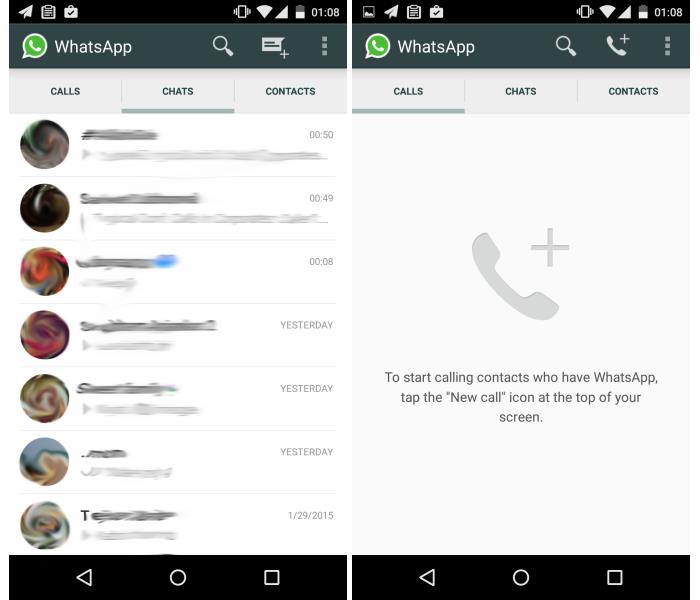 WhatsApp is long-rumored to be working on a voice calling feature for the app, but it has not made an official appearance until lately, but that too in an unexpected way.

Recently, a reddit user posted some screenshots of the voice calling feature. He noted that he downloaded the app from the website, and the feature was enabled when one of his contacts called him.

It appears to work in an invite-like system where a person who already has the feature enabled can call the other person, and it then enables it on the recipient’s device. “Its like an invite thing, where a person with the call feature needs to “call” another person who wants to start using the feature. You need to get the apk from the website and not from the PlayStore,” he noted.

The alleged images also show a slightly different UI, with specific tabs for calls, texts and the contacts. The company is rumored to be testing the new feature in a private beta. There’s no word on when the feature will roll out, but it shouldn’t be too far away. We’ll update you as soon as the feature is released.