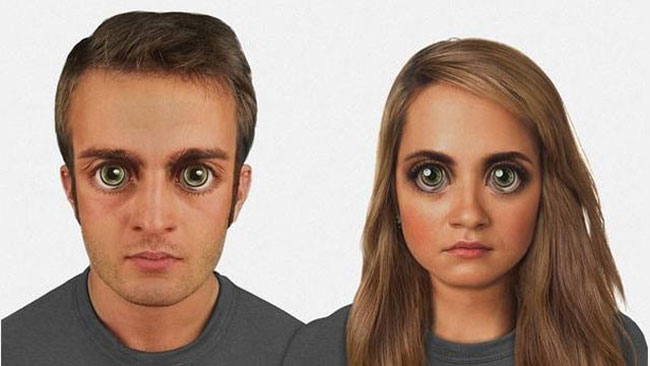 One thing I’ve never really considered is will mankind themselves change in the future. I’ve always assumed we would look the same, only our toys would change. An artist and researcher named Nickolay Lamm, who also happens to be a computational geneticists, has offered up the rendering of what he believes humans could look like 100,000 years in the future.

Basically, we would look very similar only we would have gigantic heads, bigger eyes, and larger nostrils. Lamm says the bigger head would be to contain our larger brains, the larger nostrils would be to help us breathe on other planets, and our skin will be more pigmented to help protect us from UV rays. All I know is the artist renderings remind me a lot of Megamind minus the blue skin.