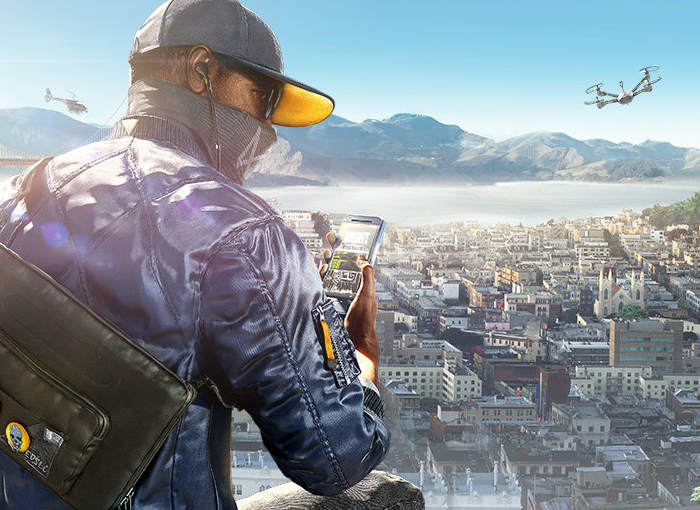 Watch Dogs 2 will be launching play session 4, Xbox One and PC systems next month on November 15th 2016 and has been developed by Ubisoft Montréal. Check out the latest trailer to be released below to learn more about what you can expect from the game

For Marcus Holloway, the San Francisco Bay Area is his playground. From Marin to Oakland to Silicon Valley to the City, the neighborhoods and people are as diverse as the activities dotted everywhere in the Bay Area. Watch the “Welcome to San Francisco” Trailer and take in all of the sights, sounds and action that the world of Watch Dogs 2 has to offer.

Explore a massive and dynamic open world offering an incredible variety of gameplay possibilities. Hack your way through traffic while you engage in dangerous car chases through the winding streets of San Francisco, traverse the rooftops of the colorful and vibrant neighborhoods of Oakland, and infiltrate the cutting-edge offices of Silicon Valley companies. There are many secrets to uncover in the birthplace of the tech revolution.

Hack into the city’s infrastructure, every connected device, and everyone’s personal database. Take control of drones, cars, cranes, security robots, and much more. Hack your enemies and bystanders alike – manipulate them in different ways to trigger unpredictable chains of events. Every person, any vehicle they might drive, any connected device they possess can be hacked.