How cool would it be to control your favourite robot toy with finger gestures on your iPhone? Yuta Sugiura and his colleagues at the Keio University have developed a new control system for robots called ‘Walky’ that lets you control various robots with your iPhone.

Walky can be used to make the robot walk, jump, turn and even kick a mini football, check out the video below which shows it in action. 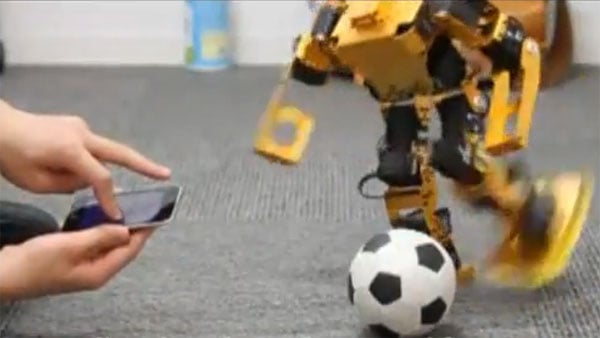 The controls are shown working on a small bipedal humanoid robot, but could also be used to control game characters.

Very cool, it certainly looks like a fun way to control robot toys.