If you’re familiar with the spacecraft Voyager 1, you may know that it’s been speeding through our solar system for 35 years. The spacecraft has covered 11.5 billion miles so far and it’s so close to the edge of our solar system that mankind is on the verge of being an interstellar species. Voyager 1 has been speeding into the void since 1980 when it made its last pass by the planet Saturn and then whipped into the void. 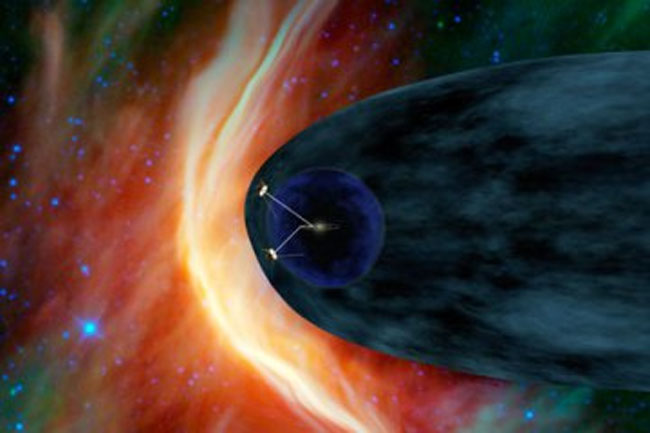 Sister spacecraft Voyager 2 passed Neptune in 1989 and then followed Voyager I on its trip into interstellar space. Scientists are saying that as of now Voyager I is still in our solar system but is in fact at the very, very edge of the solar system. Voyager I is on the verge of exiting our solar system’s heliosphere, which is something akin to a windstorm of charged particles that stream outward from our Sun.

The last portion of the heliosphere is called the heliosheath. The heliosheath is the area where outward streaming particles from our Sun meet up with inward streaming particles from deep space creating a area where the lines of solar magnetism change to match those of interstellar space. As for when exactly Voyager I will leave our solar system, that remains to be seen. Scientists say that the spacecraft could leave our solar system tomorrow or it could be years from now, no one really knows for sure.