If you were fortunate enough to see Vizio’s Rose Bowl advert last night you would have glimpsed a sneak preview of Vizio’s new Via Tablet and 4-inch Via Phone. If you didn’t you can watch the 30 second commercial after the jump.

Specific details on both devices are still a little scarce at the moment, however both devices will be Android based and may even come with Honeycomb installed, when they are officially launched in the summer. 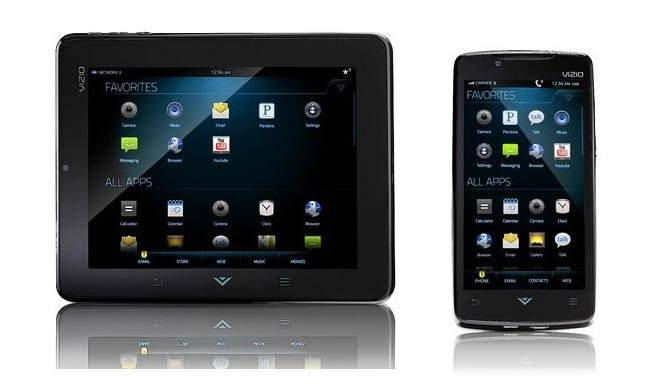 What we do know, is that the new Via Tablet, will have an 8-inch, high-resolution display with a front-facing camera for video conferencing, WiFi wireless connectivity and three speakers

While the new Via Phone will be equipped with a 4-inch screen, a front-facing camera for video calls, a rear-facing 5 megapixel camera and the ability to capture video.

Unfortunately Vizio have declined to provide any prices from the devices and are waiting to release details closer to the launch date. However Matthew McRae, Vizio’s Chief Technology Officer has said the company’s strategy again will be to make affordable products with innovative features.

As always when more information is made available we will keep you updated.