This month Vivitar has unveiled their new Vivitar IU680 interchangeable lens camera smartphone system they have been developing which looks similar to Sony QX10 And QX100 Smartphone Lens Camera which was launched last year.

The new Vivitar lens camera was unveiled at the recent CES 2014 technology show and as yet very little is know about it. However it is thought that the system will use the manufacturer-agnostic T mount to accept interchangeable lenses. 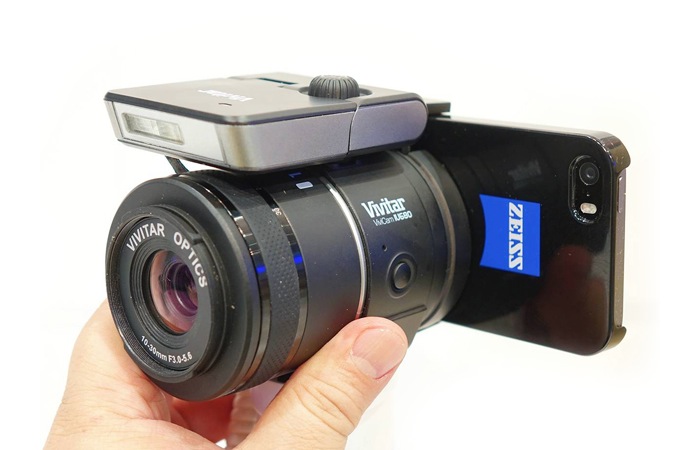 As you can see from the image above the the Vivitar IU680 smartphone lens camera system also offers users a pop-up flash for low light conditions which is removable.

Unfortunately no information on pricing or worldwide availability for their new interchangeable lens smartphone system has been released as yet by Vivitar, but as soon as information comes to light we will keep you updated as always.