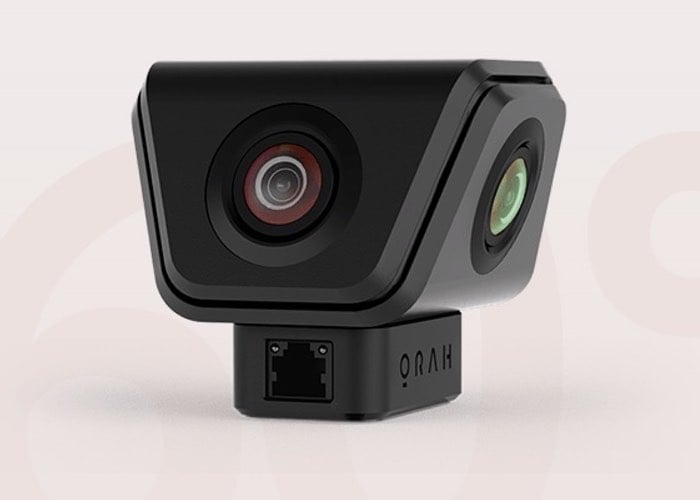 If you are in the market for a 4K 360 camera you might be interested in a new device that has been unveiled by VideoStich well-known for its 360 post-production software suite, in the form of the Orah 4i 4K 360 camera.

Orah 4i 4k 360 camera has been created to provide users with the first all-­in-­one VR camera designed to simplify the real­-time production of full spherical 360 video and is now available to pre-purchase at a reduced launch price of $1,795, offering a considerable saving of the MSRP of $3,595.

The Orah 4i 4k 360 camera is capable of capturing 4K video with ambisonic 3D sound puts you right in the action and allows you to capture and stream 360 video instantly and has a setup process that is plug-and-play and takes just a few minutes. The 4k 360 camera is now available to pre-order and will be shipping during July 2016. VideoStich explains more about the camera’s construction and features.

High-quality processing in cinematic 4K resolution requires A LOT of computing power. We decided to separate the acquisition part (the camera) from the processing part (the stitching box) to keep the camera as small as possible – this way you can place the camera at the heart of the action, while hiding the stitching box up to 330ft away (100 meters). Thus, it can be placed in the backstage area.

Orah 4i generates an equirectangular video output, which is the format used by Facebook, Youtube, Vrideo, Littlstar, Bitmovin, and others. It broadcasts the video using RTMP, which is the standard protocol used by Youtube, Wowza, Akamai, Bitmovin, Ustream, Livestream, etc. In other words, Orah 4i is compatible with any platform that supports VR video, whether it is broadcasting live or recording videos for future playback.

For full specifications of the 4K 360 camera jump over to the official website by the link below.