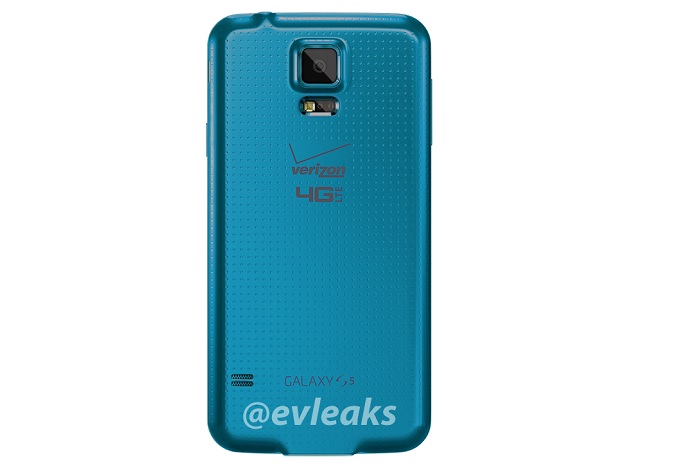 It’s been a while since the Samsung Galaxy S5 went on sale. Unfortunately, the handset was available in only two color options in the US: black and white. Samsung also showcased the device in blue and gold, but it’s yet to make an official appearance.

However, it seems things might change in the near future, with users getting more color options. Recently, the notorious @evleaks tweeted an image of the Samsung Galaxy S5 in blue color with Verizon branding on the back.

You all know what this means; the blue color is expected to make an appearance on the Big Red. When? Well, we don’t have an answer to this question, but it shouldn’t be long. There’s also no word if the blue color will be exclusive to Verizon, or all other carriers will offer it.

As a quick refresher, Samsung Galaxy S5 comes with a 5.1-inch display sporting a 1080p resolution, a quad-core Snapdragon 801 chipset clocked at 2.5GHz with Adreno 330 GPU and 2GB of RAM.

On the storage side, it comes with 16/32GB of internal storage with a MicroSD card support of up to 128GB. Other features include 16MP camera for photos and videos, 2MP front-facing camera, a 2,800 mAh battery and runs Android 4.4.2 KitKat as its operating system.

We’ll update you as soon as the Big Red starts offering the handset.