Yesterday we heard that the Verizon BlackBerry Z10 would launch on Verizon Wireless on the 28th of March, and now Verizon has put up the new BlackBerry Z10 up for pre-order, and the handset retails for $199.99 when you sign up to a new two year contract.

The BlackBerry Z10 comes with the latest version of BlackBerry’s mobile OS, BlackBerry 10 and it features a dual core processor with a clock speed of 1.5GHz, the handset also comes with 2GB of RAM and 16GB of built in storage, plus a microSD card slot that can take up to 32GB cards. 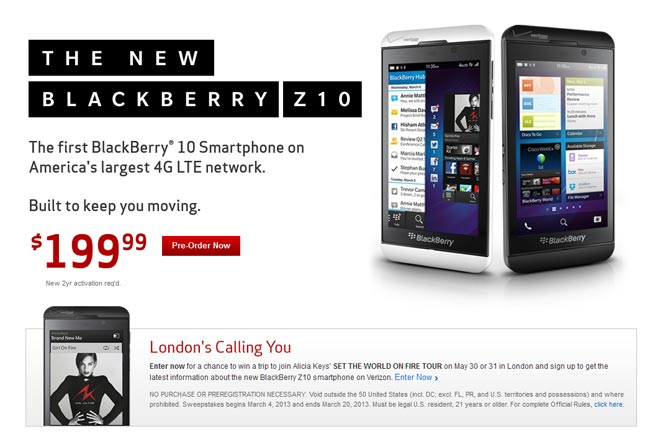 You can pre-order the new BlackBerry Z10 from Verizon Wirless as of now and you can find out more details over at their website.