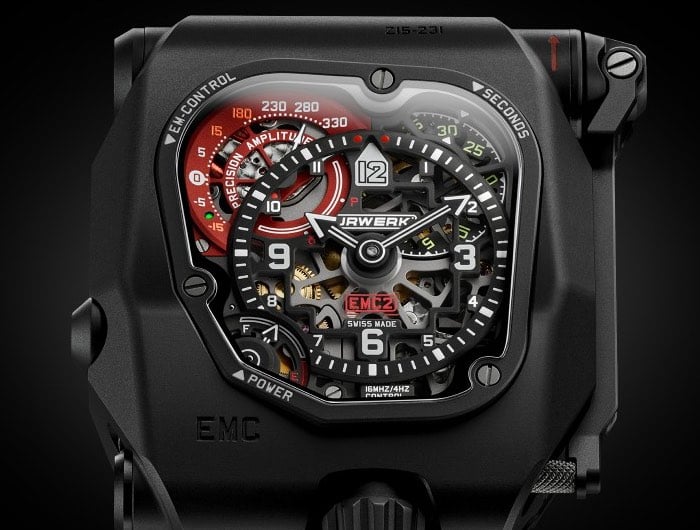 Exclusive watch maker URWERK has this week unveiled a new addition to their range of individual and unique watches with the launch of the new URWERK Time Hunter Watch, which is priced at a cool $112,000.

As a world first, the EMC “Time Hunter” offers a fully mechanical watch that has been enhanced by electronics allowing the owner to gauge both the state of the movement (AMPLITUDE) and its chronometric performance (PRECISION), says URWERK. 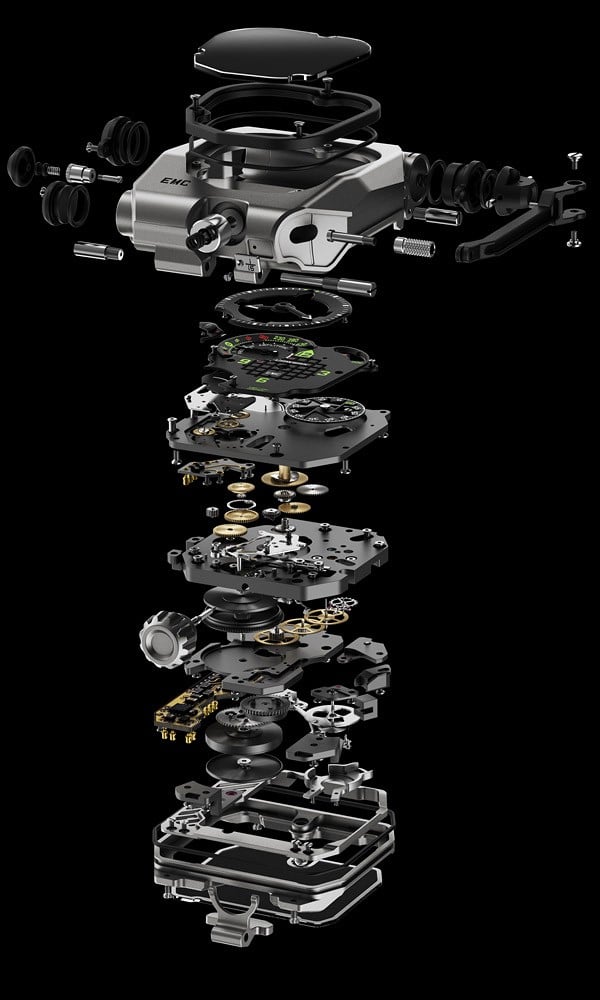 The EMC Time Hunter is a further step in URWERK’s U-Research Division – the brand’s ‘experimental laboratory’. As a world first, the new EMC enables its wearer to both monitor its precision as worn on the wrist as well as the amplitude of the watch. Interactivity remains at the heart of the EMC concept. Accuracy can then be easily adjusted for each owner’s lifestyle rather than the controlled environment of the watchmaker’s atelier.

The EMC Time Hunter is the new generation of EMC which won in 2014 both the “Mechanical exception” and “Innovation” prizes by the Grand Prix d’Horlogerie de Genève. “These prizes are of huge importance for us. We are an independent maison horlogère and for nearly 20 years now, we have been striving to express our own vision of fine watchmaking. At URWERK, we have a strong belief that the history of haute horlogerie is a constantly evolving art. So we welcome these awards as a recognition of our work and of our approach,” says Felix Baumgartner, master-watchmaker and co-founder of URWERK.