Android 4.3 Jelly build JWR66V has been spotted running on the Galaxy S4 Google Edition, despite the fact that it is not officially announced by Google yet. The latest update brings many improvements including wireless charging capabilities even when the device is turned off, battery improvement, higher fps, Dash clock widgets working properly, and more. Furthermore, Google Wallet also appears to be working for non-rooted devices. 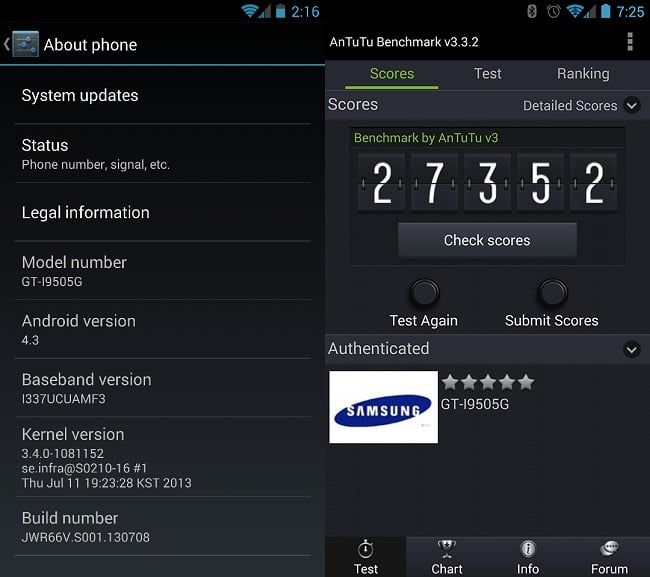 The complete guide on how to install this build has already been posted on XDA-Developers forum but let me warn you, everything you do is at your own risk. It’s the unofficial build and we cannot be held responsible if anything happens to your device during the process. There are also a few bugs that have been reported including issues with a few apps such as Apex launcher and Titanium backup.