Last week Huawei announced their new Huawei Ascend P6, which was apparently the worlds thinnest smartphone, although it doesn’t look like it holds that title any more a an even thinner handset has been announced, the Umeox X5 which measures just 5.6mm thick.

The Umeox X5 comes with a 5.3 inch display, no details on what resolution the display has as yet, it also features Android 4.2.2 Jelly Bean and a dual core processor. 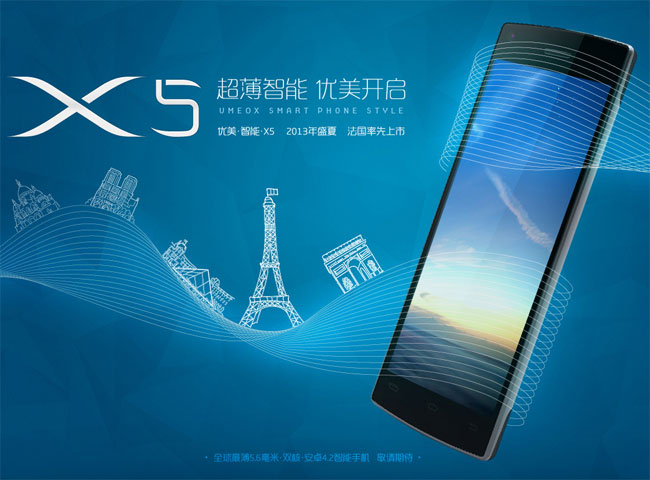 The Umoex X5 will apparently launch in Europe this summer, with France getting it first, there are no details on pricing as yet.