MuscleNerd has announced on Twitter that the iPhone Dev team will be releasing the Ultrasn0w iOS 4.2 unlock for the iPhone 3G and iPhone 3GS just a couple of days after Apple releases iOS 4.2.

The unlock is ready to go, but will be held until iOS 4.2 is released so it can be tested, we can expect to wait a little longer for an unlock for the iPhone 4. 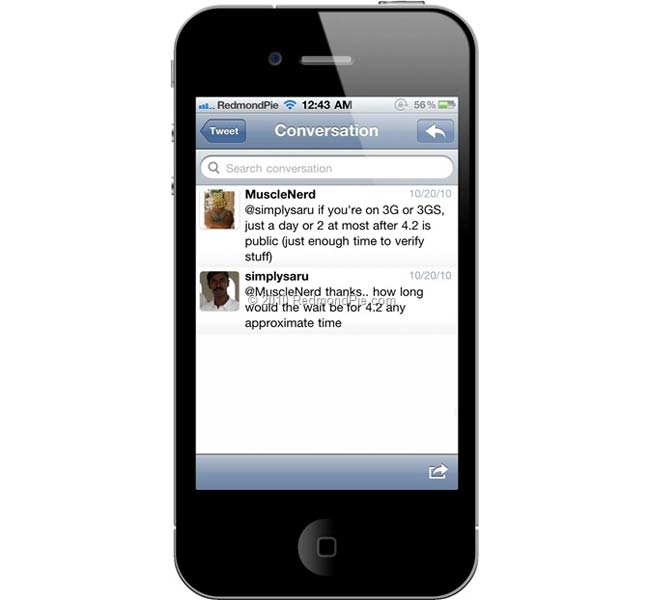 simplysaru: @MuscleNerd thanks.. how long would the wait be for 4.2 any approximate time
MuscleNerd: @simplysaru if you’re on 3G or 3GS, just a day or 2 at most after 4.2 is public (just enough time to verify stuff)

As soon as we get some more information on when Ultrasn0w for iOS 4.2 is going to be released we will let you guys know.