Twitter has published its roundup of everything that happened on Twitter in the last year, 230 million users sent out 500 million tweets per day in 2013. 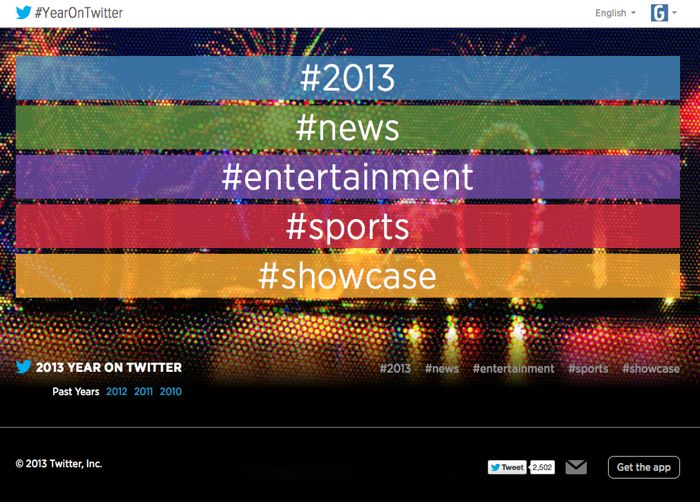 The top hashtag for 2013 was #Music, number two was #tcot, which stands for ‘Top Conservatives’ and the third most popular hashtag was #nowplaying.