If you are looking forward to the launch of the new Tomb Raider rebooted game launching on 5th March 2013, you might be interested in this limited edition controller which has been created specifically for the games launch.

The Tomb Raider Limited Edition Xbox 360 Controller brandishes all the battle scars you can expect to encounter whilst playing the game and has been inspired by Lara’s iconic climbing axe and tourniquets. Watch the video after the jump to see it in action. 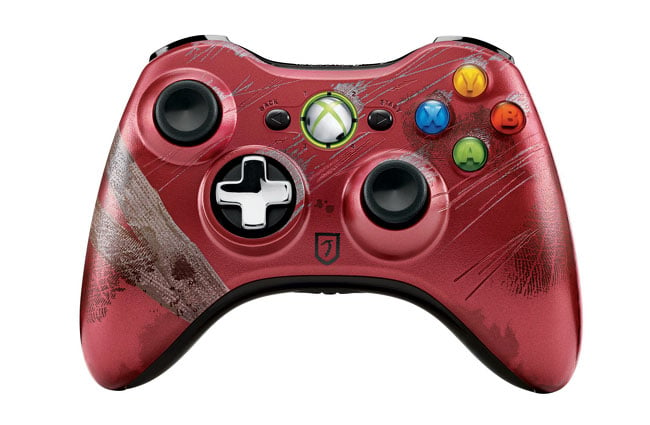 The new Limited Edition Tomb Raider Xbox 360 Controller has been developed with the help of artists at Crystal Dynamics, and has a two-layer colour finish with laser etching to create its battered effect.

The Tomb Raider Xbox 360 Controller will be an exclusive to GAME in the UK for £39.99, and comes with a download token for an Xbox 360 exclusive playable character called Scavenger Archer.