Update: It turns out that the three contracts are for 24 months, thanks again to @loosend for the information 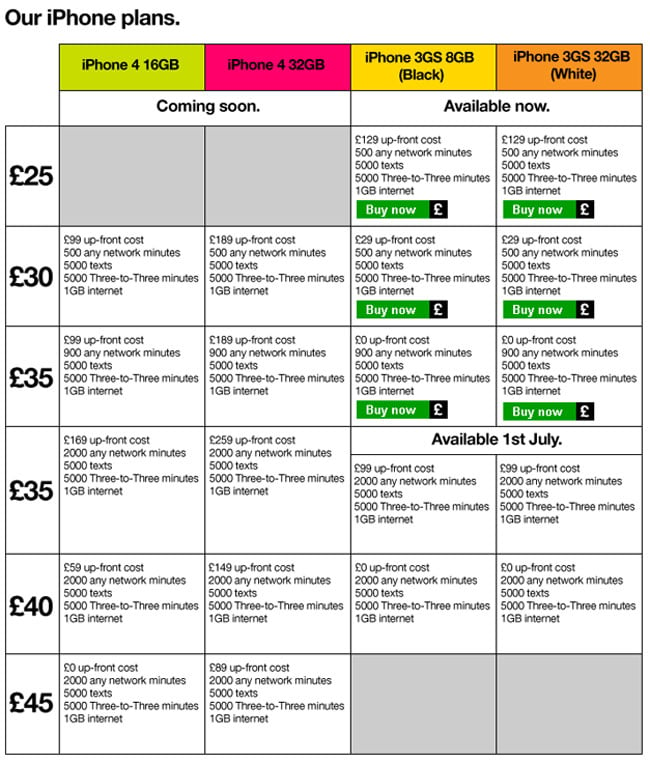 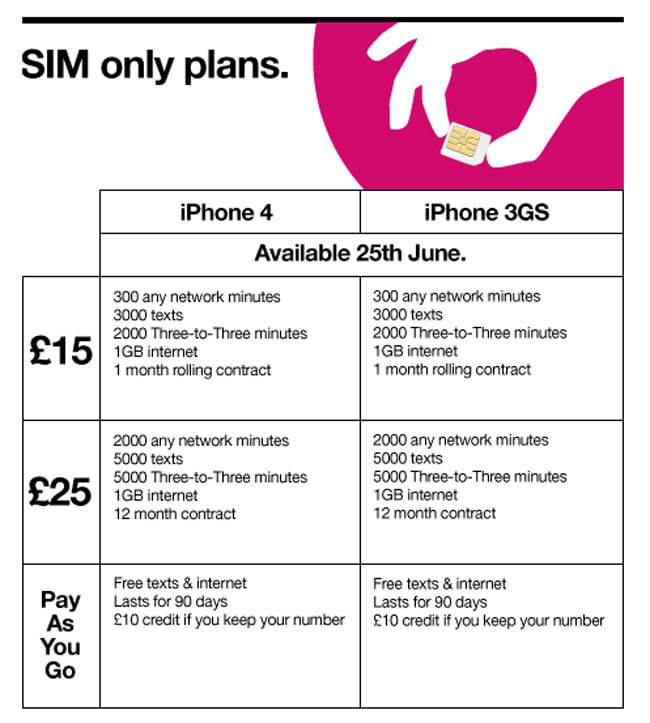 The SIM only plans will be available from Three from tomorrow the 25th of June, there are no details on when the iPhone 4 will go on sale on Three as yet.

Thanks @Loosend for the tip