Crytek the German developer behind games such as Crysis, Far Cry and Warface to name a few, has this month unveiled a new project called The Collectibles that Crytek have been working.

The Collectibles iOS game was unveiled at the recent Apple WWDC 2013 conference and was played using a new style of MFi-supported controller. 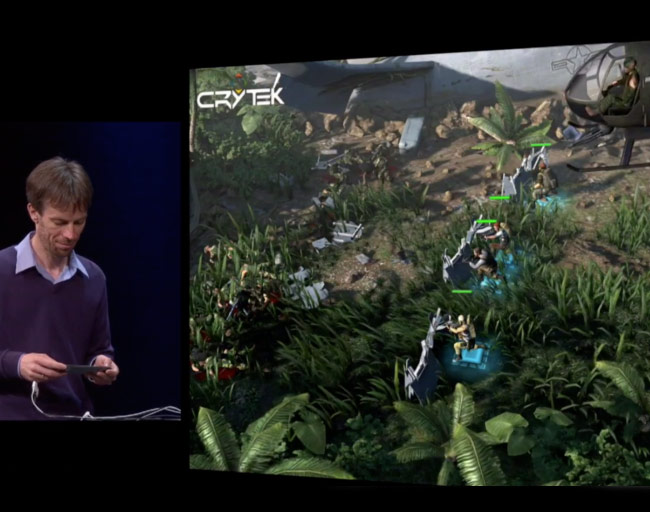 The addition of the new MFi controller has been made possible with Apple’s release of support for third-party controllers within their new and upcoming iOS 7 mobile operating system, that was also unveiled at the beginning of the WWDC conference earlier this month by Apple.

The Collectibles iOS game has been designed to enable players to control a team of five through the ruins of war in a jungle environment and can be controlled via either touchscreen or external controller.

However no released date has been announced by Crytek for the new iOS game as yet, but we will keep you updated as more information on the game is released.