Not so long ago, a Hawaiian company outed a ‘big stick,’ basically a paddle to accompany the age old art of boarding. The big stick was hardly an innovation, since its a traditional tool for boarders long before surfing became a fad for the wave obsessed. Sensing opportunity in the winter additional details,time, the ‘big stick’ makers Kahuna Creations have outed a snow version of their  upright staff. It works like a paddle, except this time it has been tweaked to allow the wielder better mobility in the snow. 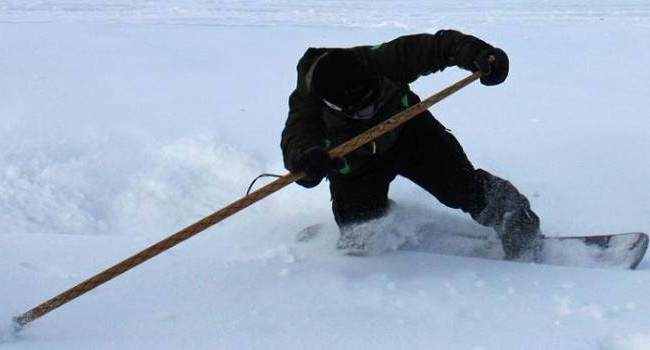 Seen above is a faceless snow boarder battling the elements, locked in a supreme effort to drive himself farther.

The big draw for the Snow SUP, which is available for $119, is the polycarbonate tip that packs several exquisitely contoured mini-fins that allow ease of navigation across surfaces of packed snow.

For the curious, try the source link below for extra details.