Windows on a Airplane apparently make the planes less aerodynamic, and military airplanes generally do not come with them, although passengers on commercial airplanes and jest are used to them.

Now Spike Aerospace, who are developing a new Supersonic Jet, have come up with a solution, instead of windows, their new jet will feature large display that will give passengers a live view of outside the plane. 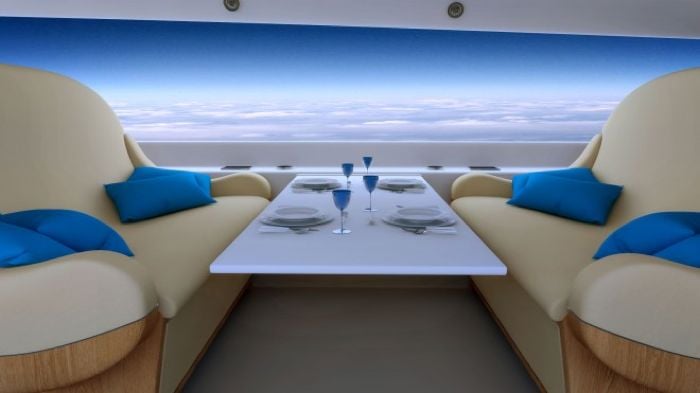 So basically the passengers will see what they would see through a windows, instead it will be captured by cameras on the outside of the jet and then shown on the large displays. 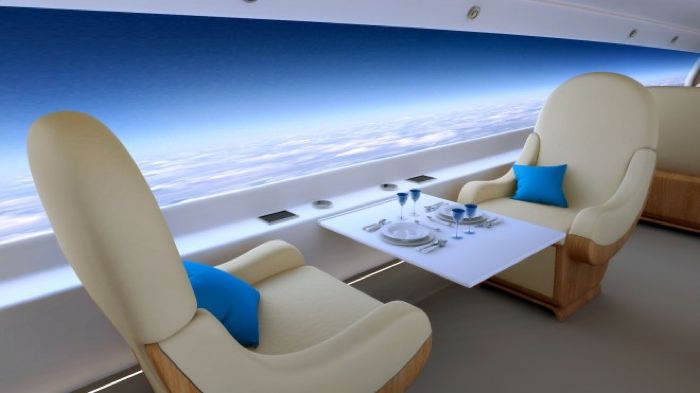 This will apparently make this new supersonic jet more efficient, and also safer as there will be no windows along the side of the plane.

This new supersonic jet will be capable of speed of up to 1,370 MPH which is Mach 1.8 and it will carry up to 18 passengers.

The Spike Aerospace S-512 is expected to launch in December of 2018, and it will retail for a massive $80 million US dollars.