Having developed a game about a skinless boy saving a girl made out of bandages from an evil fetus and one about a boy who uses his tears to fend off monsters after being locked in a basement by his religious zealot mother, Team Meat’s next release was probably going to be unconventional. Enter Mew-Genics, a game they’ve been working on (as well as teasing) for the past seventeen weeks about breeding cats as a cat-lady and managing the consequences of their genetic traits. 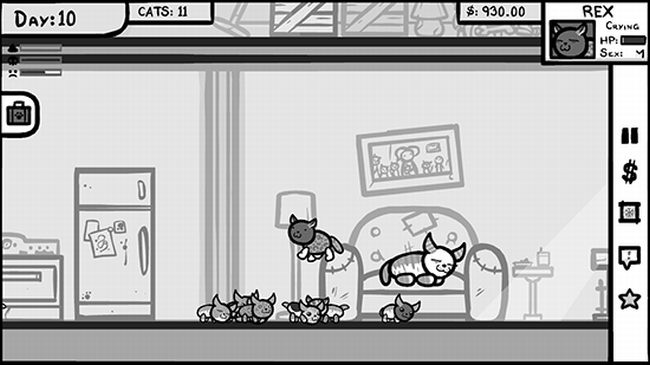 “I think most would describe Mew-Genics as a cross between The Sims and Pokemon with a sprinkling of Animal Crossing and a dash of Tamagotchi , but at its core the game really isn’t like anything we’ve seen before,” designer Edmund McMillen said.

“Mew-Genics revolves around Cats, obviously. We knew tending to these cats in a simulated “cat lady” environment would be the foundation of our design, but the core of what we are trying to do is make a game that feels alive, a game that creates stories as you play where consequences actually mean something…”