Capcom has just announced that they are currently developing a new Strider game for the next generation PlayStation 4 and Xbox One consoles, as well PC and the older PS3 and Xbox 360 consoles.

Polygon was able to get a glimpse of the new game at San Diego Comic-Con earlier today and explained that protagonist Hiryu can wield a fiery version of his trademark sword, the cypher, that allows him to set enemies ablaze, open certain “fire doors” and deflect incoming bullets back at his targets. 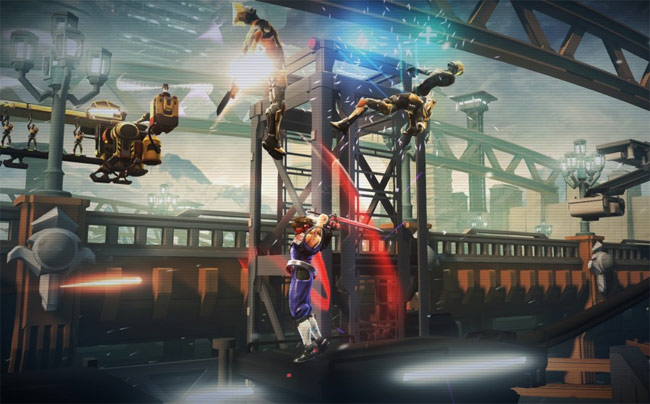 The new Strider game will allow players to freely explore vast, interconnected environments using Hiryu’s acrobatic skills, as well as use his trademark plasma-Cypher and new Kunai attacks to shred through enemy droves, together with the return of his trusty robot allies.

The new Strider game will be launching in early 2014.