Apple purchased a large plot of land from HP last year, the land is around 98 acres in size, and now Apple’s CEO have revealed his plans for the former HP campus.

Yesterday Steve Jobs addressed the Cupertino City Council, about his plans for the land Apple acquired from HP, and the Apple CEO wants to build a new Apple campus on it, and as you can see from the photo below it looks like a space ship. 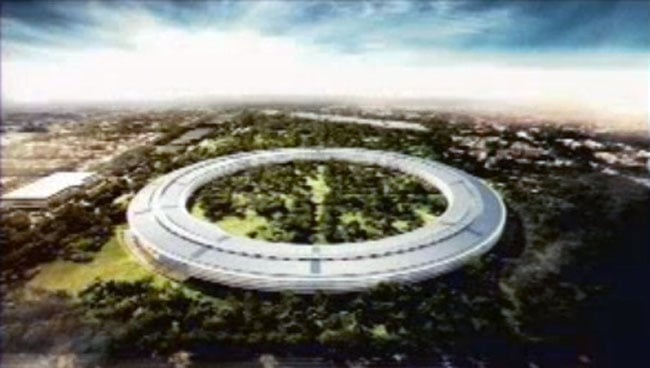 The Apple CEO even described the campus as as space ship, when he addressed the Cupertino City Council, have a look at the video below, which shows what Apple intends to do with the former HP land.

According to Steve Jobs, the new campus will be made up of 20 percent building, and 80 percent landscaping, and they also intend to build their own power source for the campus using natural gas.