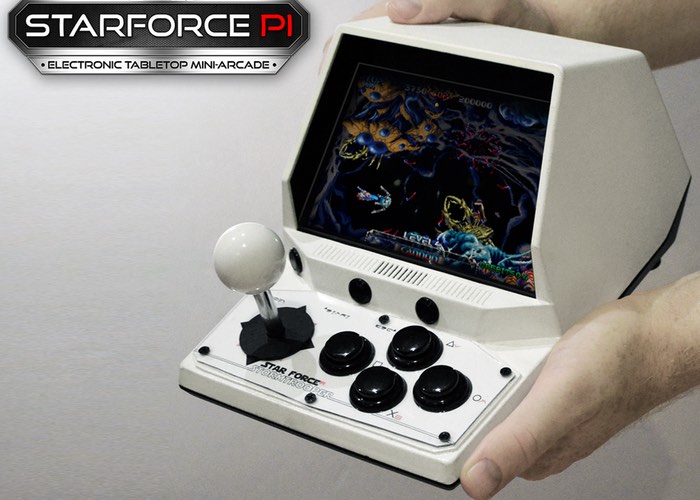 If you have ever considered building a Raspberry Pi powered mini desktop arcade system you might be interested in a new kit called the Starforce Pi. That has been created by Marcel J. de Haan that has taken to Kickstarter to raise the €190,000 it requires to go into production.

The Starforce Pi has been specifically designed to provide users with a portable electronic tabletop mini arcade that is fitted with a full-sized microswitch joystick and buttons, together with stereo speakers all powered by the awesome Raspberry Pi.

Watch the video below to learn more about this awesome games emulator that supports already existing software such as PiPlay and Emulation Station, to bring you a great experience. Its creator explains more :

With a modular design, off-the-shelf components and a Raspberry Pi at its core, the STARFORCE PI will support an impressive library of classic gaming systems and modern 16-bit style retrogames, thereby becoming the Ultimate Dimension in Portable Arcade Gaming.

For more information and full specifications jump over to the Kickstarter crowdfunding website where pledges can also be made from €199.