If you are a fan of the classic Hasbro game of Operation, you might like this Star Wars R2-D2 edition which has been launched, allowing you to operate on the films loveable droid helping him recover and get back on his wheels.

The game consists of twelve parts which need to be removed from R2-D2 with different levels of difficulty and increasing in-game cash rewards depending on its location. 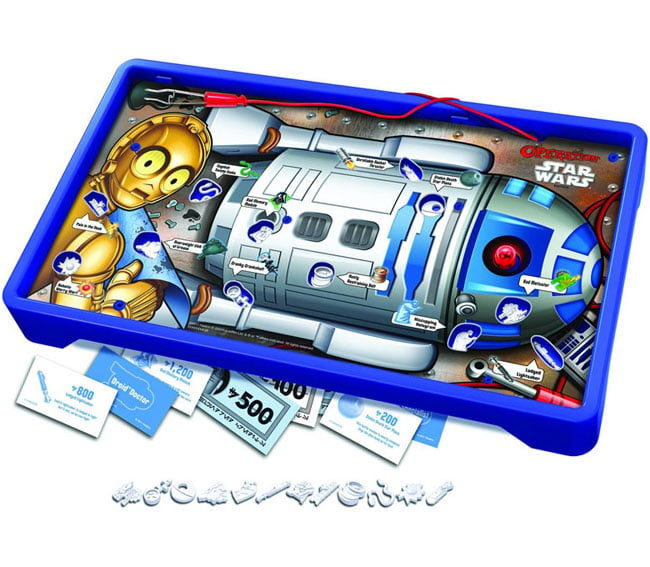 The Rebel Alliance’s favorite Astromech droid has developed all sorts of mechanical maladies, and it’s up to your skillful surgical hands to get the little guy feeling right again!

The new Star Wars Operation R2-D2 game will start shipping in September for $27 but is already available to pre-order from the ToyWiz website.